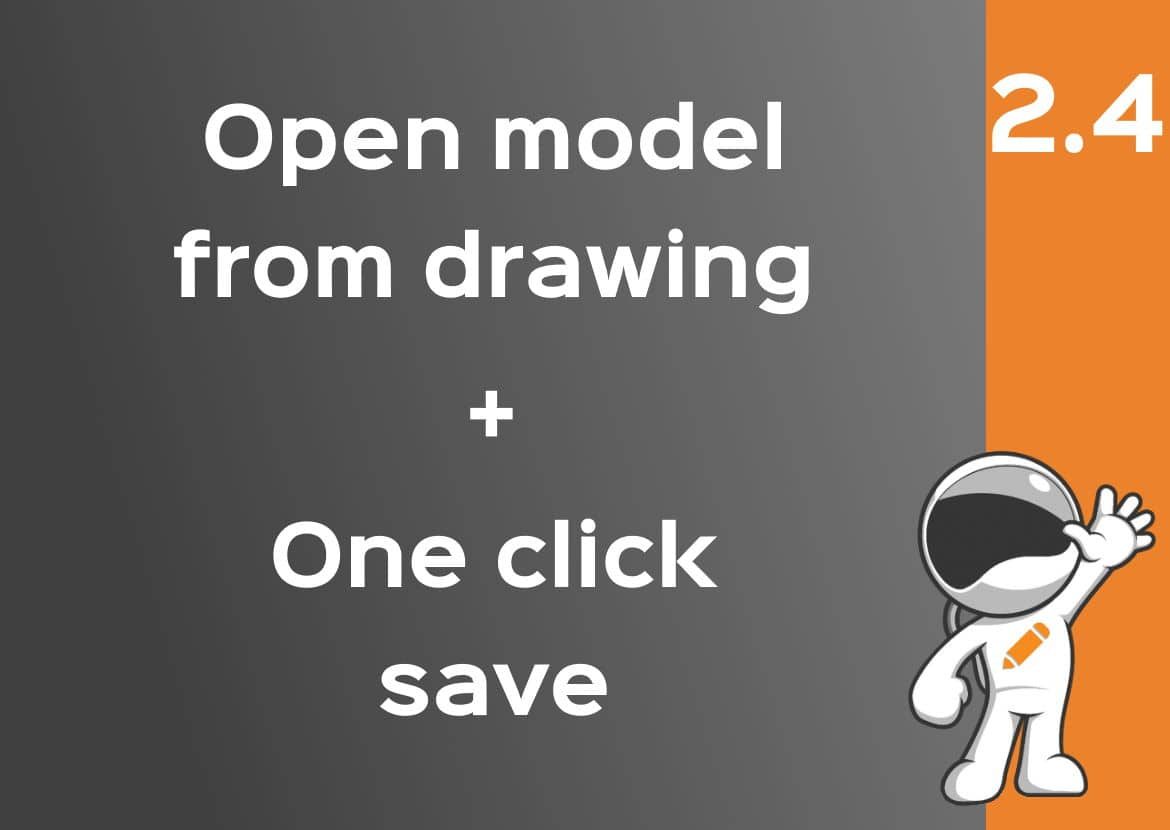 Yet users keep asking for bug fixes and stability improvements.

We decided not to fall into the same trap as SOLIDWORKS did.

Our goal with Drew is to let you create SOLIDWORKS drawings twice as fast.

With this update to version 2.4, we made a bunch of small improvements to help you do that.

27 improvements to be exact.

We decided to take a step back and improve what we already have:

When you create a drawing, you often switch back and forth between model and drawing.

Not too much of a hassle. But we made it even faster:

Open drawing from parts and assemblies

Because the button is always at the same place in the menu, you can just click it multiple times to switch back and forth.

Save buttons for parts and assemblies

In the images above you see the save buttons. We now show these for every model, not just for drawings.

The left save button will not ask you for a file name. When you press this button for a drawing, Drew uses the same file name as the part/assembly.

The right save button will ask you for a file name. It’s basically Save As.

The mouse is not the fastest way to get things done. Keyboard shortcuts can be way faster.

That is why we will be adding support for keyboard shortcuts in the next few versions.

We started small: you can now create a new drawing using a blueprint with the key Ctrl + number.

There were no major bugs to be fixed, fortunately. Only these minor ones:

There you have it: 27 small improvements to help you create drawings faster.

For the next update, we will be adding features again.

We’ll add support for flat patterns and for exporting drawings to PDF, DWG and DXF.