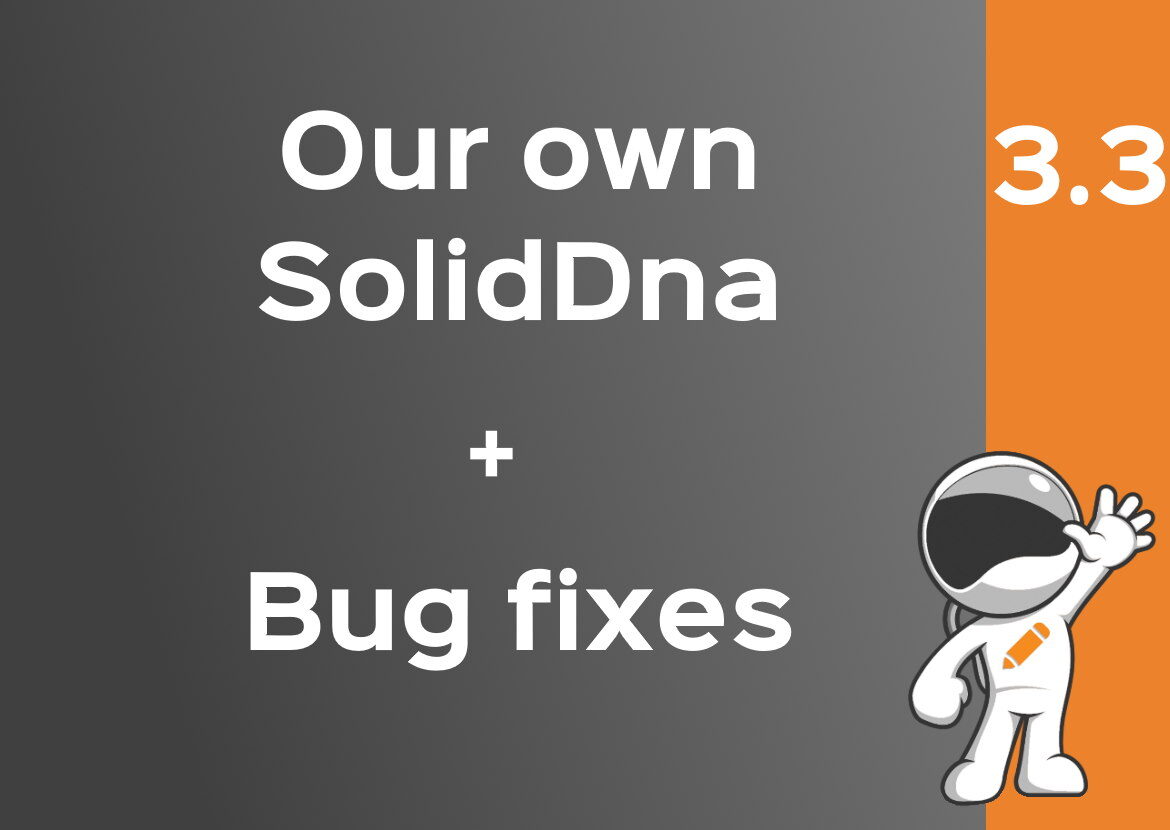 We released an update for our SOLIDWORKS drawing automation Drew add-in. Here’s what’s new in version 3.3:

At the end of 2016, right before I started CAD Booster, Luke Malpass released SolidDna. SolidDna is a framework that makes building SOLIDWORKS add-ins simpler by using modern approaches. His framework and his videos on C# greatly helped me get started with Drew.

SolidDna is open source and I regularly proposed small improvements to it. But SolidDna had two major drawbacks that needed fixing:

I had no idea how to fix this, but these issues hurt my customers so I had to find a way. There were multiple attempts, spread out over three years. I had to learn how dependency injection works, how .NET handles versions when loading DLLs, what strong signing is and how SolidDna handles all of those topics.

In the end, I overhauled the entire project, forked it on GitHub and released our own version. We may eventually merge the changes back into SolidDna, but since Luke is extremely busy, I saw no other option than forking the project for now.

Our version of SolidDna finally solves these two major issues. I had to strip out dependency injection since it’s incompatible with running multiple add-ins, but the result works great. I also fixed some bugs.

We now use our own SolidDna for our four products:

We developed AutoFit, our technology to fit all views, blocks and tables onto the sheet. Every time you make a change, like adding a view, AutoFit creates 8000 possible positions for all views and chooses the best one.

Create a sheet with only a flat pattern view

We made AutoFit compatible with having just a flat pattern view. We now treat it as a floating view, just as we do with 3D views, since the position is not linked to other views.

Set floating views in the middle of the sheet

We now set these floating views to the middle of the sheet, even though a 3D view may have a preferred sheet corner that you choose in your blueprints.

We fixed a bunch of bugs in this update:

For the next version, we’re planning to add support for custom isometric views. By default, there is only one isometric view, but sometimes that one just isn’t helpful. So we’re adding more.

If you haven’t done so, go ahead and try out Drew for free 🙂